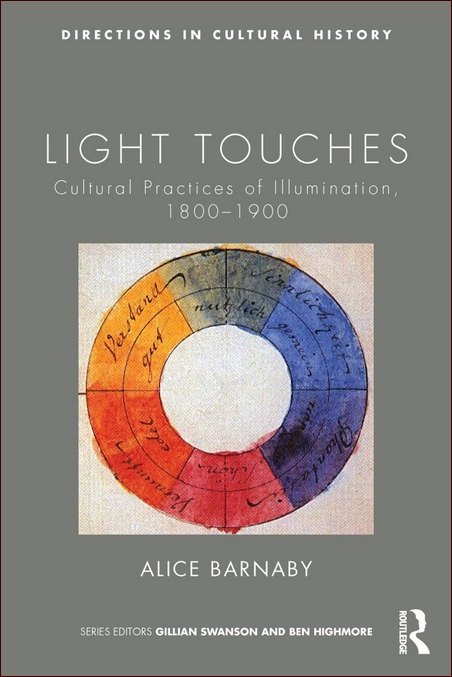 
Light Touches: Cultural Practices of Illumination, 1800-1900 explores how urban lives in the nineteenth century were increasingly touched by innovations in the technologies and aesthetics of illumination. Dramatic changes in qualities of light - and darkness - became acutely palpable to the human sensorium; using, seeing, feeling, and being in light were now matters of intense personal and cultural concern. Light gave meaningful vitality to the period's material culture, and light itself became something to be perceptually consumed.

Over the course of six chapters Alice Barnaby traces how light was used in amateur artistic pastimes, interior design and clothing fashions, spectacular public amusements, volatile street demonstrations, and art gallery designs. From these previously unexplored examples a more complex history of light in the period emerges. Society's fascination with illumination, its desire to work with it and make meaning from it gave rise to a distinctly new set of cultural practices. Through these practices unexpected discoveries about the modern world were revealed. Light proved to be instrumental in everyday acts of experimentation and imaginative enquiry.

Barnaby offers an intervention into the dominant scholarly narrative of the nineteenth century which traditionally reads modernity as synonymous with the formation of a spectacular, disembodied visuality. Light Touches, in contrast, returns vision to the body and foregrounds the actively felt - as well as seen - sensation of light. In coming to understand these cultural practices of illumination, the book reconsiders many assumptions about nineteenth-century modernity.